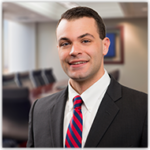 By Fran DeLuca | While many workers are enjoying vacations this summer, the federal department charged with enforcing our nation’s wage and hour laws has been busy.  The U.S Department of Labor (DOL), particularly the Wage-and-Hour Division (WHD), has been actively publishing guidance, proposing regulations, investigating industries, and litigating in the courts.

Focus on Misclassification of Employees as Independent Contractors

Reflecting DOL’s continuing focus on the misclassification of employees as independent contractors, WHD’s Administrator recently released an Administrator’s Interpretation stressing that “the scope of the employment relationship is very broad.”

This is a reminder to employers that “most workers are employees under the FLSA.” When determining whether a worker is an “employee” or “independent contractor,” labels are irrelevant.  Instead, an employer must ask “whether the worker is economically dependent on the employer (and thus its employee) or is really in business for him or herself (and thus its independent contractor).”

Employers must pay close attention to answering this question, given the potential penalties for noncompliance and WHD’s enforcement efforts in this arena.  For instance, in 2014, alone, misclassification investigations resulted in nearly $80 million in back wages for over 100,000 workers.

Earlier this month, DOL proposed to more than double the minimum salary for “white-collar” exemptions under the FLSA. White-collar employees are exempt from the FLSA’s minimum wage and maximum hour requirements if they satisfy two tests: the “salary basis” test and the “primary duties” test.

Students and recent graduates seeking meaningful work experience in New York, Connecticut, and Vermont (states subject to the jurisdiction of the U.S. Court of Appeals for the Second Circuit) may find it easier to land a beneficial internship in the for-profit sector.

In a pair of cases, Glatt v. Fox Searchlight Pictures, Inc. and Wang v. Hearst Corp., the court declined to apply DOL’s six-factor all-or-nothing test to determine whether a worker is an employee or an unpaid intern. (All six factors must be met in order to have no employment relationship with an intern.)