I thought I had a RICO claim, what happened?? 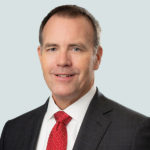 While Lerner does not generally break new ground on the question presented (the ruling aligns with prior rulings previously issued by the Second and Ninth Circuits), it is the first time the First Circuit directly dealt with the meaning of the Section 1264 (c) exception and its application to predicate acts.  The ruling is significant because it removes a very powerful tool from the arsenal of plaintiffs’ lawyers in the First Circuit, a fact concerning which the First Circuit was very aware.

In Lerner, the plaintiff alleged five distinct schemes involving securities as predicate acts to support her RICO claim.  Defendants claimed that the RICO claim should be dismissed because at least three of the alleged schemes could have formed the basis for a securities fraud claim and, therefore, the exclusion in 1964(c) applied.  Plaintiff argued that the case should not be dismissed because she could not have commenced such actions because she lacked standing to do so.  Therefore, she argued, the exception did not apply to her case, even though it could apply to others who could bring such actions.

In interpreting the statute, the lower court found (and the First Circuit agreed) that the PLSRA bar should not be read so narrowly.  Rather, it ruled that the bar should be given broader application such that conduct actionable as securities fraud cannot form a predicate act under RICO, regardless of who could have brought the action.  Thus, plaintiff’s RICO claim was dismissed.

It is important to note that the Lerner plaintiff’s claim would likely have survived notwithstanding the securities fraud exception, because two of the alleged predicate acts were not excluded.  However, plaintiff failed to satisfy the relatedness requirement for those remaining two predicate acts.

The takeaway from Lerner is that, in the First Circuit, a RICO plaintiff must allege sufficient predicate acts or conduct which would not be actionable by any person as securities fraud, regardless of whether the plaintiff herself could maintain that action.   While the reasoning of the First Circuit may seem a bit semantical to some, particularly the plaintiffs bar, the First Circuit addressed the policy concerns underlying the PSLRA bar, and specifically plaintiff’s consternation that the First Circuit’s reading of the PSLRA bar “would foreclose remedies for ‘victimized [p]laintiffs.’”   The Court noted that any person injured by conduct actionable as securities fraud can seek recourse in a federal securities fraud action.  Moreover, plaintiffs so injured will presumably have state-law claims.  Thus, while they may not have the extraordinary hammer of RICO, they will not be without ample remedies.

To learn more, reach out to Bob Duffy.