No Backsies? US Supreme Court to Review Trademark & Tacking 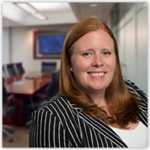 By Megan St. Ledger | In trademark law, the most basic test of ownership is priority of use, and the trademark concept of “tacking” to determine priority is taking center stage at the US Supreme Court this term.  For businesses, developing a unique mark and policing use of similar marks is essential to preserve the value of the brand, the company’s investment in marketing, and the connection to the consumer.

To prevail in a dispute over trademark ownership, the party (business or individual) claiming ownership must prove it was the first to actually use the mark in the sale of goods or services.  In some instances, a trademark owner will be permitted to “tack” the date of an earlier mark to a subsequent mark to establish priority, but only where the two marks are “so similar that consumers generally would regard them as essentially the same” or “legal equivalents.”  This standard is strictly enforced and difficult to satisfy.  For example, the slight shift from the mark “PRO-CUTS” to “PRO-KUT” was deemed not to be a “legal equivalent.”

Courts are split on whether a judge or jury should rule in these kinds of dispute, and, as a result, the US Supreme Court recently agreed to hear a case during the 2014 term to determine who will decide this issue.  The Court’s ruling will impact the way these cases are presented to the jury and the types of evidence that are required to prove tacking.

Hana Financial appealed this decision to the Supreme Court, arguing that whether tacking is permissible is a question of law which should be determined by a judge, not a jury.  On appeal, Hana Financial argues that Hana Bank had a very weak argument for tacking because the mark “Hana Bank” is very different from “Hana World Center” or “Hana Overseas Korean Club.”  However, because the case was submitted to a jury, a weak case prevailed.  Hana Financial argues that vesting a judge with authority to make this determination will prevent forum-shopping and lead to greater uniformity in applications of the tacking doctrine.

As a practical matter, the Supreme Court’s decision will significantly impact how trademark priority cases are presented in court:  if tacking is a question for the judge, the court will make this determination based solely on the sight, sound, and meaning of the marks by comparing the old and new versions.  Alternatively, if tacking remains a question for the jury, the trademark owner will be permitted to present evidence of equivalence of the marks through consumer perception surveys, which are unpredictable and will lead to greater uncertainty for trademark owners about whether they can rely on tacking for purposes of priority.  Argument in the Hana case will be held in December and a decision will issue in the following months. To learn more, contact Megan St. Ledger.