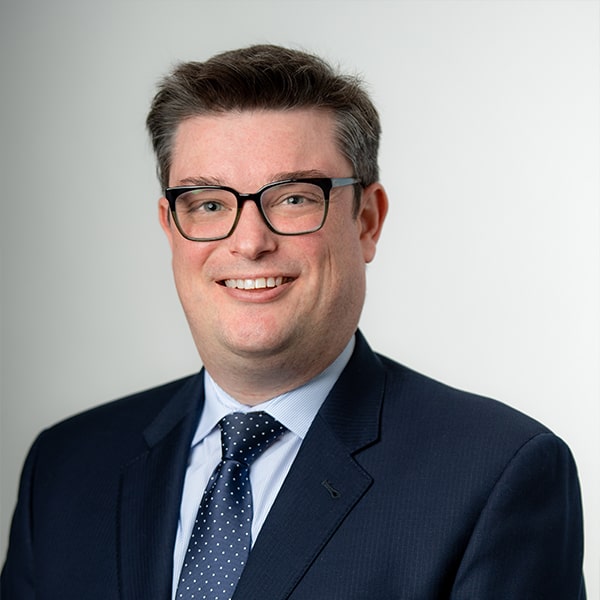 Andrew Blais is a litigator with experience in various fields of litigation, including land use and zoning, construction and business disputes. He is an ardent advocate for his clients, with whom he works to develop lasting relationships.

Prior to his arrival at Duffy & Sweeney, Andrew worked as a Rhode Island Superior Court Law Clerk and spent four and a half years in private practice.

Andrew has worked to overturn a receivership appointment for a closely held limited liability company, and to secure a preliminary injunction on behalf of a real estate developer against a Town that had tried to unconstitutionally prevent the developer’s construction.  He successfully overturned the RI Department of Health’s suspension of a doctor’s medical license in a professional license defense matter.

He is an honors graduate of Roger Williams University School of Law, where he was a member of the Moot Court and the Law Review. During his time at school, Andrew served as an intern for the Honorable Chief Justice Frank J. Williams. He was a co-author of an article entitled Apple of Gold and Picture of Silver: How Abraham Lincoln Would Analyze the Fourteenth Amendment’s Equal Protection Clause in the Roger Williams University Law Review (Winter, 2017 issue).

He is admitted to practice law in Rhode Island, Massachusetts and before the U.S. Court of Appeals for Veterans Claims.