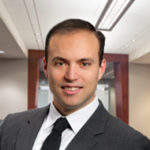 By Will Wray | Rhode Island recently adopted a law prohibiting physicians and their employers from agreeing to non-competition clauses (also called “restrictive covenants”) in their contracts.

Prior the law’s passage, physician non-competition agreements might have included one or more common restrictions: the physician might agree that for some time after she leaves her employer, she will (1) not practice in the same geographic area as the employer, (2) not practice medicine at all for some time after leaving the employer, and/or (3) not solicit patients that she treated or learned about while at the employer. The new law renders void all such agreements, and more broadly “any restriction of the right of [a] physician to practice medicine” that may be contained in an employment agreement.

Rhode Island is not the first state to prohibit such agreements. Massachusetts has a similar law. (See here). Connecticut did not outright ban physician non-competition agreements, but recently curtailed the acceptable scope of a non-compete agreement. (Roughly speaking, the Connecticut law limits the duration of allowable non-competes to one year, and the allowable geographic scope to 15 miles. See here). New York has a similar law. Other states have banned or nearly banned physician non-competes through judge-made law. For example, in 2005 an Idaho court declined to establish a categorical ban on non-competes, but held that patients have a “highly personal relationship” with their physicians, and limited non-competes if they violate “patients’ interest in continuity of care and access to the health provider of their choice.”

Doctors are not the only type of professionals that cannot agree to non-competition agreements with their employers. A similar ban exists for attorney non-competition agreements. Proponents of laws that ban such agreements might argue that patient care (or client care, in the case of an attorney) should trump all other considerations. Further, some believe that a state that bars non-competes will attract and keep the most talented individual doctors.

Detractors of the law may include employers of physicians (a group that includes many physicians in and of itself). Employers who favor non-competes may argue that the compensation agreements they have already entered into with their physicians includes consideration for the physicians’ contractual promise not to compete – one method of protecting their business interests and trade secrets – if they leave. It is possible that employers of physicians may change the way that they structure their practice and handle client information to reduce the risk of a new physician joining the practice, receiving valuable training, meeting patients, and then leaving and starting or joining a new practice.