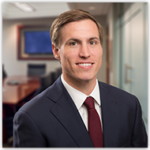 By Stephen Nelson | In EEOC v. Abercrombie & Fitch Stores, Inc., the Supreme Court held that an employer could be liable under Title VII of the Civil Rights Act when it declined to hire a woman based on a practice that the employer correctly assumed—but did not know with certainty—was a religious practice that required an accommodation.

The case, which was previewed on this blog in February in The Religious Elephant in the Room,  involved a young woman who sued after she was denied employment at Abercrombie & Fitch because the hijab that she wore as part of her Islamic faith was inconsistent with the store’s Look Policy that, among other things, banned caps.

The Court determined that Title VII “did not impose a knowledge requirement.”  Rather, it prohibits employers from taking adverse actions that are motivated by avoiding the accommodation necessitated by the religious practice regardless of the employer’s knowledge.  Simply, an “employer may not make an applicant’s religious practice, confirmed or otherwise, a factor in employment decisions.”

In Justice Alito’s separate opinion, he pointed out that if, as the majority held, there is no knowledge requirement whatsoever, then Abercrombie & Fitch would be liable for declining to hire the woman even if the interviewer had no idea that the hijab was a religious garment.  In the context of a hijab, a garment that many associate with Islam, it seems unlikely that an employer would not at least suspect a religious connection.  It is conceivable, though, that other practices might not signal their religious character.

The majority said that there is no knowledge requirement, even distinguishing the Americans with Disabilities Act’s prohibition on failing to make reasonable accommodations to a known limitation, but the majority opinion suggests that despite some language to the contrary, the employer cannot be liable if it is completely unaware that the practice is religious.  For example, the majority used the example of an employer that “thinks” an employee would not be able to work on Saturdays because the applicant observes the Sabbath.  It also distinguished actual knowledge from “no more than an unsubstantiated suspicion” and said that religious practices “confirmed or otherwise” cannot factor into employer’s decisions.

Thus, if an employer thinks, suspects, or has an unconfirmed belief that a religious practice requires an accommodation, it cannot factor that practice into its employment decisions.  Rather, employers should hire based on an applicant’s skills, work experience, education, and ability to meet essential job functions of the position.