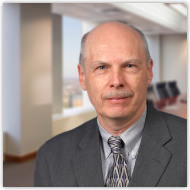 By Roger Hood | The President signed into law the Defend Trade Secrets Act (DTSA) on May 12th. Now, for the first time, companies seeking to protect trade secrets are able to enforce violations not only in state court, but also in federal court under the federal Economic Espionage Act.

Under the DTSA, federal courts may award damages for misappropriation of a trade secret that include damages for actual loss, unjust enrichment, and imposition of royalties for unauthorized disclosure or use of trade secrets.

However, the DTSA provides a “safe harbor” immunity for individuals who disclose trade secrets to the government to investigate potentially illegal activity. From a legal perspective, immunity language for individuals must be included in any contract that governs the use of trade secrets and other confidential information (such as a company’s employment agreements, employee handbooks, confidentiality agreements, etc.).

Alternatively, a company can create an “Immunity from Retaliation Policy” in compliance with DTSA and include the policy by cross reference in the applicable contracts. Failure to include immunity language in contracts will result in a company losing its ability to recover double damages and attorneys’ fees that might otherwise be available.

This new law serves as a reminder that trade secrets can be highly valuable to a company, and companies should ensure that they have reasonable secrecy measures in place to protect them.

If your company uses employment agreements, employee handbooks, confidentiality or non-disclosure agreements, or other contractual agreements or policies designed to protect your company’s trade secrets, it is important to review these documents now in order to incorporate the new DTSA provisions. To learn more, contact Roger Hood.