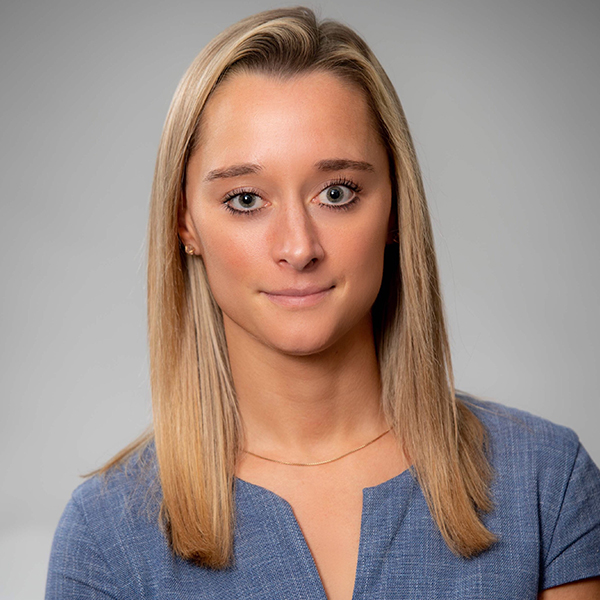 Sophie Bellacosa is an associate at the firm and active as part of the business law and M&A teams.

Sophie has played an instrumental role in several significant deals  including leading the due diligence for a multi-faceted transaction involving a major cannabis software company in the successful sale of substantially all of its assets to a subsidiary of a public corporation. Specifically, she led the Rhode Island seller-side due diligence for the multi-state merger of two of its cannabis dispensary subsidiaries as well as assisted with the antitrust filings for the premerger notification to the FTC and DOJ.

Active in the community, Sophie is a board member for the Young Professionals Committee of the Rhode Island Society of CPAs.

Prior to joining the firm, she clerked at Duffy & Sweeney, worked as a legal extern for the Executive Counsel in the Office of the Governor, completed two summer internships at local law firms, and achieved certification as a mediator.

Sophie Bellacosa was recognized by Super Lawyers as a Rising Star in 2022.

Sophie is active in the community as a board member of the Young Accountants Network of the Rhode Island Society of CPAs, whose mission is to increase engagement among young professionals.

She completed a for-credit internship where she served as a victim advocate for the Women’s Resource Center, working with domestic-abuse victims, advocating on their behalf at arraignments to either obtain or remove protective orders against defendants.

An avid sailing enthusiast, Sophie was a member of the Varsity Sailing Team at Roger Williams University where she helped lead her team to win the Inter-Collegiate Sailing Association (ICSA), Coed-Dinghy Team Race National Championship in 2011. She was named to the ICSA All-American First Team in 2012 and inducted into the Roger Williams Athletic Hall of Fame in 2017.

Sophie authored “2016 Survey of Rhode Island Case Law, Am. Condo. Ass’n, Inc. v. Mardo,” in the Roger Williams Law Review which dealt with real property rights involving a dispute over permission for a Newport condo owner to build an addition.