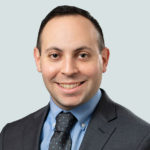 by Jared Sugerman | In January, 55 Massachusetts residents brought suit “to prevent voters from being misled” into supporting a constitutional amendment which, if approved, would add a 4% surtax on taxable income in excess of $1,000,000.

The complaint names Secretary of the Commonwealth William Galvin and Attorney General Maura Healy as defendants.

The lawsuit asks the Supreme Judicial Court of Massachusetts to “exercise its oversight authority” to bar the amendment from being placed on the ballot without language clarifying the discretion plaintiffs say the legislature would have concerning revenue allocation.

According to the complaint, the ballot summary “will suggest to voters that new revenues raised by the [surtax] only can be used to fund new spending on education and transportation.” The complaint asserts the legislature will actually have “ultimate discretion” over how revenue raised from the surtax is spent.

Opponents of the surtax, which will reportedly increase state revenue by approximately $1.3 billion, warn that the tax could lead to the departure of the state’s wealthier residents, and could negatively impact small business owners, especially those who own interests in pass-through entities. Supporters highlight the proposed amendment’s potential to offset income inequality and boost resources available to the education and transportation sectors.

For information about how this amendment could affect you and your business, contact Jared Sugerman here or via phone at 401-455-0700.