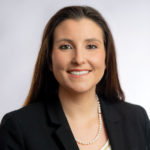 by Stephanie Friedel | A recent Rhode Island Supreme Court decision should cause insureds to be wary that their delay in seeking insurance coverage could run afoul of the implied covenant of good faith and fair dealing resulting in a waiver of rights under their homeowner’s policy.

In Machado v. NBIC, the Machados notified their homeowner carrier, Narragansett Bay Insurance Company (NBI”), in March of 2015 of water damage to their home caused by the accumulation of snow on their roof. NBIC promptly inspected the damage and submitted a check to the Machados in the amount of $14,549.78 along with a letter stating that the Machados had 180 days from the date of loss to repair or replace the damage. The insurance policy itself contained no such time limitation. In addition, the Machados did not sign a release. The Machados cashed the check.

On June 28, 2019, the trial justice granted NBIC’s motion for summary judgment, argued and written by Stephanie Friedel, ruling that “the plaintiffs’ failure to make a timely demand for appraisal was unreasonable and materially prejudiced the defendant.”

The Supreme Court in June affirmed the Superior Court’s decision and reasoning. The Supreme Court found that the Machados failed to act in good faith in waiting almost two years before seeking to invoke the appraisal clause and, therefore, that NBIC was relieved of its contractual duties to its insureds.

To learn more, reach out to Stephanie Friedel here.