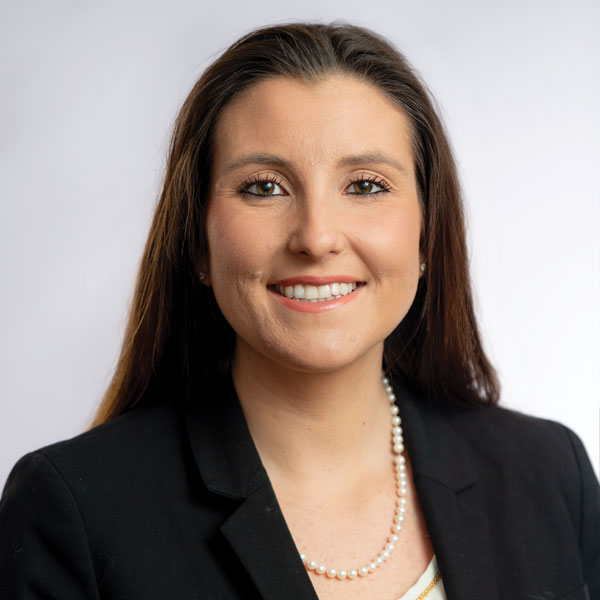 Stephanie Friedel is a litigator, guiding a wide range of clients from global businesses to shareholders to individuals through many stages of litigation.

She routinely appears in both Massachusetts and Rhode Island courts advocating for her clients in discovery disputes, mediation and arbitration, obtaining injunctive relief, and engaging in dispositive motion practice.

Before joining D&S, Stephanie spent more than four in private practice, and completed an externship at the First Circuit Court of Appeals and a fellowship in the Massachusetts Attorney General’s Office.

While in law school at Boston University School of Law, Stephanie was active in the Civil Litigation Clinic and interned for Shelter Legal Services, the Massachusetts Attorney General’s Office and The Honorable O. Rogeriee Thompson of the United States Court of Appeals for the First Circuit.

She joined the Board of Directors for the Providence Children’s Museum in 2022.

Stephanie successfully barred a claim for half a million dollars against an estate in a Rhode Island Probate Court and defeated a motion for summary judgment in Providence Superior Court concerning a dispute between a local business and a contractor.

She has represented the minority shareholders of a close corporation frozen out of their employment and management roles, and defended a moderately sized employer against claims it violated state and Federal wage laws.

She was part of the effort that vindicated the rights of a co-owner of a small LLC against claims  she was not an owner or member of her business, and represented a small business owner in voiding an employment contract drafted by and for the benefit of its in-house counsel in violation of the RI Rules of Professional Responsibility.

She represented an LLC in enforcing and collecting upon an arbitration award won in Virginia; and representing homeowners seeking various land permits.

She joined the Board of Directors for the Providence Children’s Museum in 2022; its mission is to champion lifelong learning through play, creativity and exploration.

During law school, Stephanie was active in the Civil Litigation Clinic.