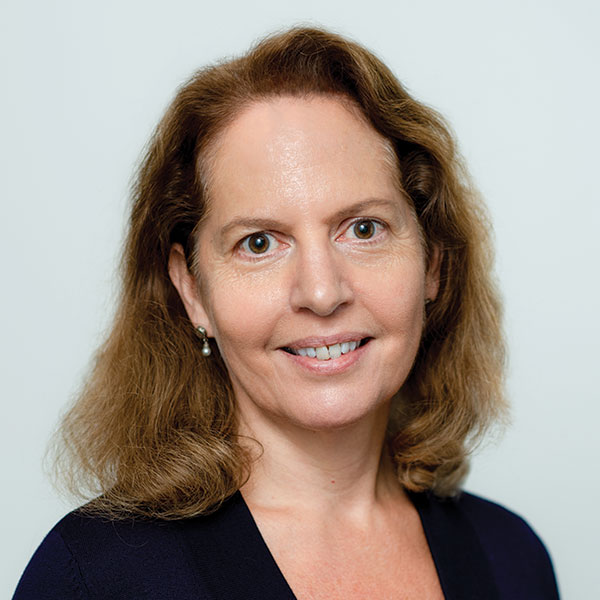 Stacey Nakasian has over thirty years’ experience litigating complex commercial issues and leads the firm’s litigation practice. She is known for her proactive and tenacious approach that both achieves results and advances her clients’ needs and goals.

She continues to be at the forefront of business interruption insurance disputes resulting from COVID-19 shutdowns,  and was featured in a Rhode Island Lawyers Weekly article on “Force Majeure” in 2020.

In June 2021, she provided in-depth commentary for Rhode Island Lawyers Weekly regarding a recent Superior Court ruling in what may be Rhode Island’s first ruling in a business interruption insurance coverage.

Among her recent matters, she successfully defended a condominium developer in a case that clarified how real estate deeds and condominium documents are interpreted under Rhode Island law. The July 2020 decision was covered in Rhode Island Lawyers Weekly.

Stacey is certified as an arbitrator by the American Arbitration Association and was noted in Rhode Island Monthly’s Professional Excellence in the Law 2021  for the practice area of Arbitration and Mediation.

She was recognized by Best Lawyers in 2019 and 2015 as Lawyer-of-the-Year for Trusts and Estates Litigation in the Providence metro region. She was previously recognized as Lawyer-of-the-Year for Intellectual Property Litigation.  She continues to be honored as a Best Lawyer by US News & World Report and by Chambers USA: America’s Leading Guide for Business for the categories of commercial litigation, trusts and estates, IP, shareholder disputes, securities and insurance coverage disputes.

Stacey prosecutes and defends cases before Federal and State courts across the country, as well as in private arbitration settings. She has tried numerous cases to a jury, regularly appears in court to present or defend issues before judges, and has argued many appeals.

Stacey Nakasian is noted for her work defending commercial clients in a wide variety of claims relating to insurance coverage, shareholder disputes, IP and others. One interviewee says: “She is basically everything you want in an attorney — very smart, professional.” | Chambers USA: America’s Leading Guide for Business 2020

Stacey Nakasian is recognized for her work in shareholder disputes, fiduciary and trusts cases, and IP and technology law litigation. One interviewee attests that she is “incredibly talented, knowledgeable, strategic and perhaps the best-prepared counsel I have ever engaged.” | Chambers USA: America’s Leading Guide for Business 2019

Sources praise her “exceptional technical knowledge,” describing her as “levelheaded, patient and thorough” and “a strong and relentless litigator.” | Chambers USA: America’s Leading Guide for Business 2018

“Working with Stacey Nakasian at D&S on my only arbitration ever was an amazing experience. We won a full award and our team was clearly superior to our competition. It felt good to have the best attorney in the room!” | Matt Sluter, New England Construction

“I was fortunate to have found Stacey Nakasian at D&S last year and she took over my case. Prior to working with Stacey, I was certainly losing an uphill battle and was also completely deflated with the legal system and processes. She managed to fight tooth-and-nail through mediation to deliver an outcome that I was not only comfortable with but also relieved to reach. Both Stacey and her team at D&S were understanding, efficient, communicative and provided me with the confidence that the fate of my lawsuit was in the best of hands. I couldn’t be more grateful for the work that Stacey did, that confidence that she conveyed and the effectiveness of her approach. I would highly recommend her to anyone.” | Anonymous

Stacey Nakasian was recognized by Best Lawyers in 2019 and 2015 as Lawyer-of-the-Year for Trusts and Estates Litigation in the Providence metro region. She was previously recognized as Lawyer-of-the-Year for Intellectual Property Litigation.  She continues to be honored as a Best Lawyer by US News & World Report and by Chambers USA: America’s Leading Guide for Business for the categories of commercial litigation, trusts and estates, IP, shareholder disputes, securities and insurance coverage disputes.

Stacey Nakasian co-authored a guest article entitled “Workshare is Option for Businesses in Crisis” for Providence Business News in April 2020.

Stacey Nakasian was recently part of a panel for Rhode Island Professional Day which focused on Partnering with a Corporate Fiduciary. The panel took a deep dive into why and when to consider the appointment of a corporate fiduciary (bank or trust company) as trustee. See her top take-aways here. (May 2019)

“The Check Fraud Pandemic” by Stacey Nakasian in Providence Business News (March 2018).  Check fraud is on the rise and poses a real threat to local businesses.

“Plain Language guides ruling in removal of trustee without cause” was the title of a February 2018 Rhode Island Lawyers Weekly front-page article concerning a trust case decided by the Rhode Island Superior Court. Stacey Nakasian successfully represented two trustees who removed their co-trustee, without cause, pursuant to a provision in the trust document.

“Protecting Trade Secrets“ by Stacey Nakasian in Providence Business News (February 2017). Successful businesses secure patents for their inventions, trademarks for their brand designations and copyrights for their original works, but they sometimes overlook a fourth category of intellectual property: trade secrets.

“Internet advertising isn’t sufficient for personal jurisdiction” was the title of  a January 2017 Rhode Island Lawyers Weekly article where Stacey Nakasian commented on how the D&S team succeeded in getting a lawsuit transferred to a client’s home jurisdiction.